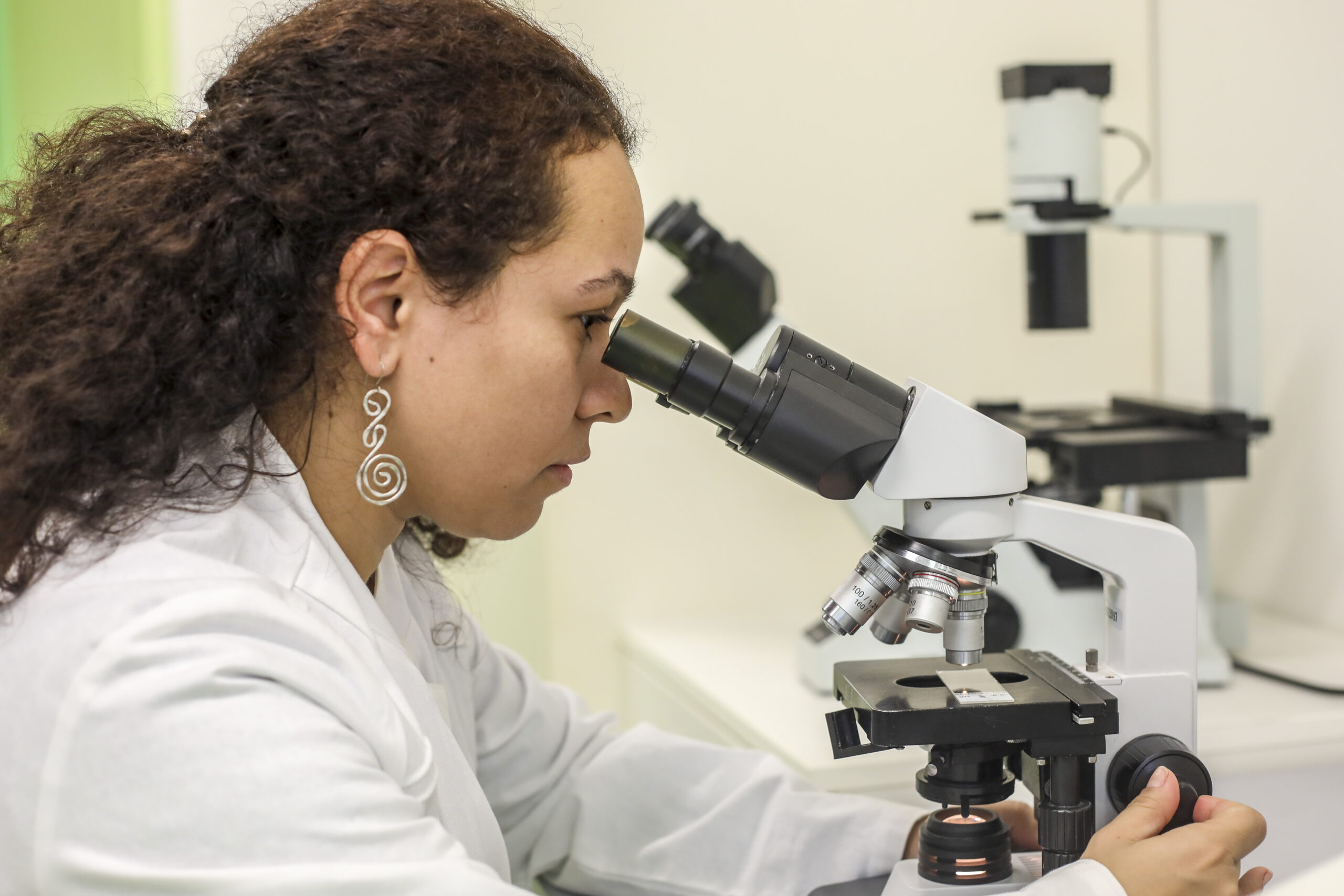 Career Growth as a measure of company success.

A well ran company owes its success to many different factors. There are several ways of assessing a company’s growth and success including benefits, revenues, sales or customer satisfaction. However, there are many other indicators, which may not be as quantifiable, but are also inevitable for understanding the positive variables surrounding a successful company.

Taken together, all these factors are part of Key Performance Indicators (KPIs), a system of focus points, which assess different internal and external variables that make a company, succeed.

To understand the concept of career growth and employee satisfaction, we have performed two interviews with promoted employees.

The interviews were performed with Marta Sousa, our Research Assistant, and Dr. Markus Fehrholz, our Team Leader & Data Analyst.

Marta joined the ML team in 2019 as Research Technician. She completed her Master´s degree in Cellular Biology and Biotechnology and gained further work experience in academia before joining ML. At ML her work mainly consisted in generating experimental data. She typically performed cryosectioning of different tissues including ex vivo hair follicles subsequent immunohistochemistry and immunofluorescence staining, imaging, and data analysis.

Marta always wants to improve herself at work; therefore, she learned to deal with bigger projects and to handle multiple projects at the same time. The development of her skills has been translated into an increased scientific output, followed by gaining further responsibilities and ultimately resulted in a well-deserved promotion, derived from her dedication, talent and diligence.

In October 2021, Marta was promoted to Research Assistant. This promotion was accompanied by a change in her functions and responsibilities as Marta reports: “The biggest difference or what I step up, from research technician to research assistant, mainly is that I have my own projects for which I go through all the steps: from the experimental planning design to the execution of this plan, interpretation of the data, and writing the reports together with the team leader. Then on a final stage we submit it to our CSO, Dr. Marta Bertolini for final data curation and interpretation and the reports are submitted to our clients.”

Major responsibilities went along with her promotion which resulted into more work demanding situations. However, the development of her skillset and abilities as scientist has always been a major motivational factor for Marta.

She has experimented a huge evolution as a scientist, and is now in charge of bigger, more complex experiments and studies. This motivates her to work hard and keep learning new techniques, which allow her to strive for greater accomplishments.

We asked Marta about her opinion on ML as a place to start a scientific career and her answer was clear: “Monasterium Laboratory is a great place to advance your career as scientist already right after graduation. It is a place to find a first experience working with the industry and to learn many different techniques, working in demanding situations and learning how to execute adequate teamwork.”

Regarding her general impressions on the working policy inside ML, Marta said: “I would say, one of the positive things I recognize is that we work in small teams. Each team is specialized in different fields and this provides a familiar atmosphere, which makes the working conditions between colleagues very good.”

She also mentioned her adaptation period after becoming research technician since the necessity of meeting restraining deadlines and client needs while trying out new techniques and different approaches on projects, not always match: “There have been some situations in which the analysis we were doing could be improved. I identified this and had the opportunity to talk with my team leader about taking a different approach. This is also discussed with Dr. Marta Bertolini, and after her approval, even though we have to follow SOPs, I can try new approaches and analysis.”

The next interview was given by Dr. Markus Fehrholz, Team Leader and Data Scientist at Monasterium Laboratory.

Markus started his career at ML in 2018 as staff scientist. He studied biology and molecular biology in University and received his PhD in biology. Subsequently, he switched to work in paediatric research where he mainly performed cell culture and classical molecular biology experiments. After working in academic research for several years, he decided to switch after many years of academia to work in the scientific industry, and like this, ended up working at ML.

During his experience as Staff Scientist, Markus learned a wide range of techniques and procedures: “I think in my first two years, I was looking at everything. I basically learned every technique that we do here, even like more difficult techniques and procedures like the laser capture microdissection (LCM) which is kind of complicated and with which I was working at least one and a half years”.

Markus knew he did not want to be a regular staff scientist, instead he had the freedom to explore other options inside the company, which by that time was much smaller than nowadays. He was keen on IT and started working on RNA sequencing projects which were part of his field of expertise.

Around one year later, in October 2021, Markus was promoted to Team Leader and Data Scientist, who is in charge of all Big Data analysis, pipeline developments, and database management.

After asking Markus what have been the biggest challenges coming along with his promotion, he answered clearly: “It is very different to work alongside other co-workers and be in charge of a team. There are many variables such as skills, personality, leading styles… all of them have to be taken into accountancy.”

There is also another very important factor involved increasing his motivation “I was more like the guy interested in methodology and not so much in the scientific background. I think this is one big part of this motivation, to be able to push this field with new methods.”

Markus stated that the challenge of leading a team and pushing a new field forward has led him to work harder and embrace new opportunities. However, he also points out that this strongly dependant and driven by his passion for the job, otherwise he might have dealt differently with the new challenges.

“Loving what you do” is something Markus values very much when pursuing a career of any type. His advice for a young scientist who would like to start a science career at ML was: “So as I said, you have to believe in yourself that this is exactly what you want to do. You have to be interested and self-motivated in what you do.”

We asked Markus if he believed ML was the right place to begin a career and he answered positively: “I think in Monasterium now, if you start working, and you soon find out what is the thing for you to do, we can really help you in finding out on which level you really are.”

We asked Markus about the work environment inside ML. He jokingly answered that “We have grown so much in the last years that we start to get very close to each other since we are starting to run out of space”. However, he also thinks that “the communication inside of the company is great and we have a growing core team which is like family”, with ML being “the correct place for him”, Even though Markus wasn’t sure about his professional future, he has found in ML the correct place for him, where he can specialize in the field he feels passion for and can develop his expertise daily.

The aim of this interview has been to learn about Monasterium Laboratory as a place to grow professionally as a junior and as a senior scientist. After interviewing Markus and Marta, we have discovered some very important factors, which motivate our scientists to keep on working hard and striving for greater achievements. These include, creating good relationships with other co-workers, feeling valued by the company, having freedom to express ideas and desires, learning new techniques and general know-how of the science industry and most importantly, being able to do what they love and work for vocation.

At ML we understand in order to keep an employee motivated we must listen to their needs and be flexible, offer them opportunities to grow as professionals and gain expertise. For this reason, Markus and Marta are two examples of scientists in different stages of their careers who have succeeded inside our company.